A History of the Iberian Peninsula revealed by ancient DNA. 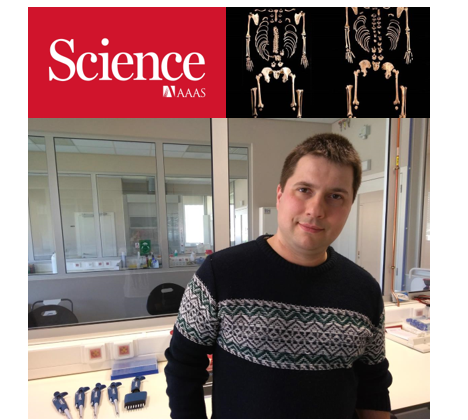 A History of the Iberian Peninsula revealed by ancient DNA.

In a study published yesterday in the journal Science, a group of 111 population geneticists and archaeologists, among them the Portuguese Pedro Soares from CBMA, charted 8,000 years of genetics in the region. They paint a picture that shows plenty of genetic complexity, but that also hints at a single mysterious migration about 4,500 years ago that completely shook up ancient Iberians’ DNA. At that time the men of the Iberian Peninsula “disappeared” and were replaced by invaders from Eastern Europe, responsible for all offspring from the Bronze Age.

The Iberian region is now probably the best characterized in the world at the level of ancient human DNA.

This study was highlighted in several national media (portuguese only) as Público, Observador, TSF (4 minute interview), Diário de Notícias, RTP, as well as international media such as The new York Times and National Geographic. These skeletons of ancient hunter-gatherers—which happen to be brothers—helped researchers discover a surprisingly complex genetic picture of the Iberian Peninsula, which is comprised of Spain and Portugal.

Best Portuguese thesis of 2017 in the field of limnology